You'd think with the 'Minnesota nice' in all of us, there wouldn't be much hatred. Of all the things we could hate, here's the most hated thing in Minnesota.

The dating app called "Hater" is a people matching service that picks out the perfect mate based on common things they hate. They just analyzed their data and came up with the things that people hate in each state, and it's very random to say the least.

We were surprised to find out that Minnesota's most hated thing is drinking alone! I guess it makes sense with our long cold winters where the only thing to do is ice fish and snowmobile. Drinking goes hand-in-hand with that, and isn't very fun to do alone.

Here's what I mean about it being random per state...

Here's the entire map to see what each state hates most: 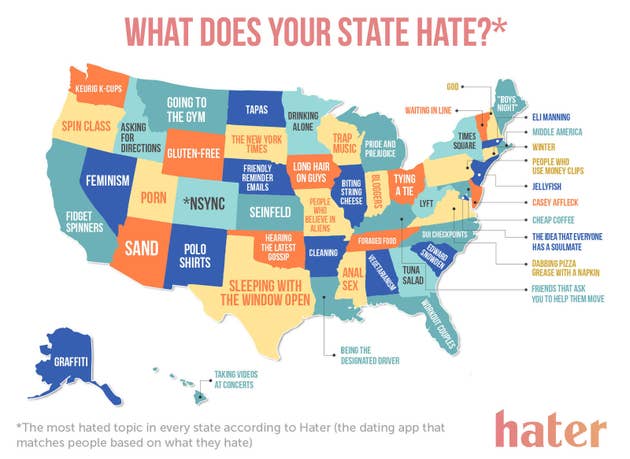 Categories: Lifestyle
Comments
Leave A Comment
Back To Top